The Tertiary history of the Grand Canon District on CD

The Grand Canyon of the Colorado River in northwestern Arizona is one of the earth's greatest natural wonders. It became a national park in 1919. So famous is this landmark to modern Americans that it seems surprising that it took more than thirty years for it to become a national park. President Theodore Roosevelt visited the rim in 1903 and exclaimed: 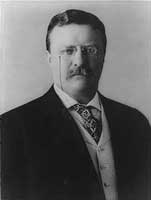 "The Grand Canyon fills me with awe. It is beyond comparison--beyond description; absolutely unparalleled throughout the wide world .... Let this great wonder of nature remain as it now is. Do nothing to mar its grandeur, sublimity and loveliness. You cannot improve on it. But what you can do is to keep it for your children, your children's children, and all who come after you, as the one great sight which every American should see."

Before the middle of the nineteenth century, very little was known about the geography of the Grand Canyon. Because of its remote location, the area in and around the canyon was not explored or mapped in detail by Europeans, although it was probably visited in 1540 by the Spanish expedition of Garcia Lopez de Cardenas, who searched with Vasques de Coronado for the seven legendary cities of Cibola. In 1776, two Spanish priests, Francisco Dominguez and Silvestre de Escalante, crossed the Colorado River while exploring the area, but little knowledge of the region was passed down in written form to later generations. The primary source of information about the magnificent canyon was an oral tradition sustained by the reports of fur trappers and traders and so-called "mountain men," most of whom were escorted through the rugged terrain by Native American guides.

This CD is the Atlas of the Tertiary History of the Grand Canyon District in its entirety in MrSid format. This format allows you to see the entire map on your computer screen or drill down to see the smallest details. The original maps are often quite large, as much as 36" long or larger and quite detailed. With the MrSID software, you can manipulate the map to print the entire map in great detail or zoom into a portion of the map in full detail for viewing or printing. You could even bring the images to a local print shop to have the maps reprinted in their full size. (MrSID software is included on the CD.)

To give you a sample of the detail you can expect in these maps, here is an example based on a panoramic map of Washington, DC.

The table below shows the description and a small image of each map on this fascinating Grand Canyon history CD.

This is a must have collection for any map history buff!

To use this software, you must install the free ExpressView MrSid software which is included on the CD. This is a 30 second process and will allow you to view and manipulate/print all the maps in this CD collection in full detail. There is a version for Windows platforms and full installation instructions are included on the CD.