This is a great collection of two old films featuring some of America's historically famous theme parks.

The total run time of the collection is 19 minutes.

The first film is an amateur silent home movie taken in the early 1960s at Disneyland. It is great footage of a Cub Scout troops trip to Disneyland and gives a great glimpse of Disney in the 60s. You will see Mickey Mouse leading the Marching Band, Tom Sawyer Island, the Eagle Dance show, Big Bad Wolf and Three Little Pigs, the Submarine ride, the Haunted Mansion, Dumbo, Tom Sawyer Island, Monorail, Teacup Ride, Fireworks and much more.

The second film is a Traveltime film production titled Freedomland. Freedomland opened in 1960 and was billed as the East Coast's solution to Disneyland. It was built in the Bronx and had a short life - closing in 1964. Like Disneyland, it had a wide variety of rides and attractions but it was more focused around various old time City and Region themes like Chicago (1871), The Great Plains (1803-1900), San Francisco (1906), Little Old New York (1850-1900), The Old Southwest (1890), New Orleans-Mardi Gras and others. This film is a fascinating glimpse of a long forgotten theme park. 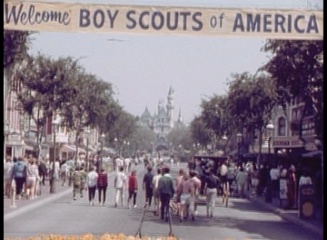 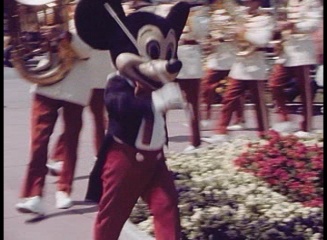 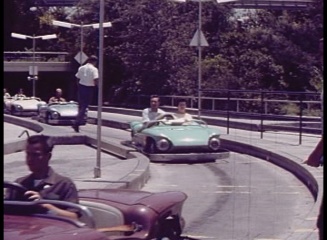 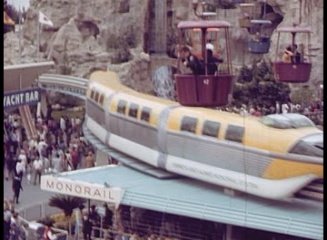 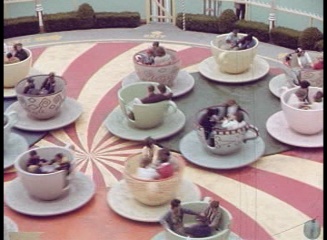 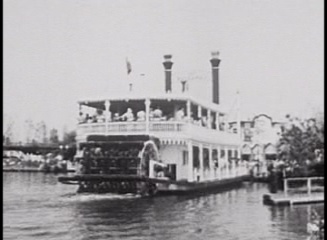