With the arrival of cars came car accidents. This collection of films highlights the dangers of cars and unsafe driving and discusses how an automobile can be a very safe place when treated with respect.

With the arrival of cars came car accidents. This collection of films
highlights the dangers of cars and unsafe driving and discusses
how an automobile can be a very safe place when treated with respect.

This DVD is a collection of nine films exploring all aspects of auto dangers and safe driving methods that can be practiced to be sure you are not a statistic.

This film has a run time of approximately 1 hour 46 minutes.

Stop Driving Us Crazy! (1959) - This driving safety film is done from a slightly different perspective. Rusty, who is a spy from Mars, visits earth and observes how much Earthlings disrespect each other because of their bad driving. The film equates reclkess driving with sin and goes on to educate on what are good safe driving techniques.

Signal 30 (1959) - Signal 30 is the classic shock and scare driving safety film. It shows many bad car accidents that caused injury and death - and shows the victims - all while the voice over makes it clear that they were at fault. This film, produced in cooperation with the Ohio State Highway Patrol, is quite graphic in its images of violent accident scenes.

The Safest Place (1935) - This early safety film shows that the automobile is indeed a very safe place to be - provided everyone follows safe driving habits.

When You Know (1936) - The pre WWII film was created to show the similar skill sets needed for both safe flying and for safe driving.

The Other Fellow (1937) - Driving safety the Edgar Kennedy Way. This comedian acts as a reckless driver who puts a variety of other drivers in dangerous situations and learns proper safety techniques so that he is no longer "the other fellow" that everyone talks about when they talk about bad drivers. The film teaches safe driving through a variety of humorous lessons and is a refreshing change from the crash and burn safety films of the era.

Live and Let Live (1947) - This odd safety film is created on a table top set with model buildings, roads and cars which shows a typical town with typical drivers. It demonstrates a variety of driving scenarios and shows what happens when everyone follows the rules and when someone does not follow the rules.

Safe Roads (1935) - This film compares and contrasts driving a car on a road vs driving a railroad train. 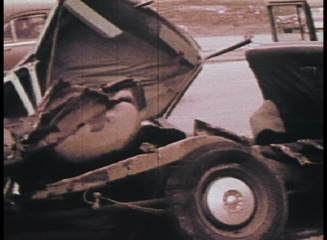 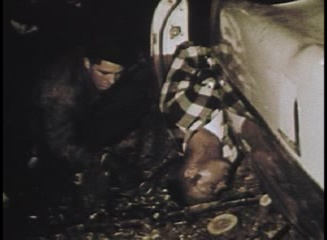 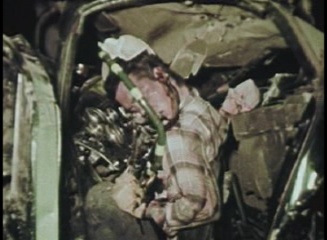 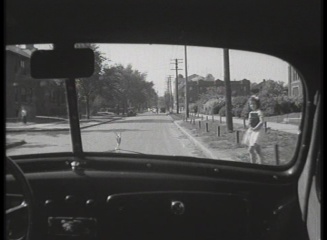 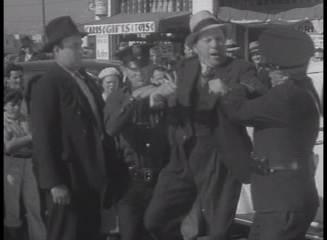 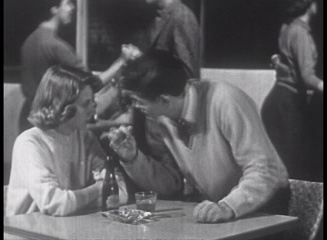