Atomic Weapons Orientation Part One - Organization for Atomic Energy - 17:45 - The Atomic Energy Acts of 1946 (and revised in 1954) set up a vast government (military and civilian) industrial complex for the research, development, testing, and production of nuclear weapons, as well as for other assignments in the energy field. The workings of this complex make up the subject for this video.

Shown are the coordination and liaison activities between the civilian Atomic Energy Commission and the Department of Defense. Each organization’s major laboratories, facilities, and policy and planning groups active in 1961 are described. Footage of nuclear weapons storage, training and test sites is shown.

Atomic Weapons Orientation Part Two - Basic Atomic Weapons - 6:11 - This animated and live action video was designed primarily as an instructional video on how nuclear weapons work. There is a simplified discussion of the two categories of nuclear weapons, fission and fusion. The video described the "gun-type" and "implosion" fission methods. Another segment details the sequence of events and devices that have to work in unison to enable fission or fusion weapons to produce a nuclear yield.

An implosion weapon has a core of uranium or plutonium surrounded by high explosives, a lensing system, and detonators. Upon receipt of a firing signal, a firing set generates a high- voltage pulse that fires the detonators simultaneously. The detonation wave is focused by the lensing system into an implosion wave that compresses the core into a supercritical mass resulting in a nuclear explosion. The video also discusses radar, neutron generators, nuclear pits, and other weapon components.

The narrator explains that the storage, maintenance, inspection and modification of nuclear weapons is part of the "mine to stockpile sequence." Also, the video shows that the technicians are a vital part of the "stockpile to target sequence" as they prepare weapons for shipment, load weapons onto strike aircraft, and maintain and modify weapons at forward field sites.

Footage is shown of weapons being loaded on a B-52 and a smaller attack aircraft. The narrator explains that the major function of a technician was to "make the weapon ready for the day when by Presidential decree, nuclear weapons would be sent out on intercontinental bombers, tactical aircraft, missiles, and carrier-deployed aircraft to the target areas."

Atomic Weapons Orientation Part Five - Effects of Atomic Weapons - 12:22 - This video shows the heat, blast, and radiation effects of a nuclear explosion on personnel (dummies), structures, and military equipment. The video is a compilation of numerous nuclear detonations in the atmospheric testing program, but does not identify each blast. All types of detonations, including underground, surface, near surface and high altitude are shown.

Atomic Weapons Orientation Part Six - A Special Weapon Orientation: The Thermonuclear Weapon - 29:12 - This video provides a history and the major developmental phases of the thermonuclear program up to May 1, 1956. The test operations of Greenhouse, Ivy and Castle are highlighted. The GEORGE test in Operation Greenhouse was the first thermonuclear test explosion. It was followed by the MIKE test in Operation Ivy, which used a liquid, or "wet" fuel. A wet fuel was very expensive, as it had to be super cooled until used. The first test in Operation Castle, BRAVO, used a dry fuel successfully, and that ended the debate over wet versus dry fuel.

Two continuing goals remained: (1) determine how to reduce the size and weight of the thermonuclear weapon, and (2) gather information on the effects of high-yield weapons. Regarding size and weight, the video shows a series of weapons that gradually are reduced in these aspects. Also, it shows the air delivery capabilities of these weapons, including footage on the B-47, the B-36 and the B-52 aircraft. On the effects aspect, the video defines fallout and describes what kind of path it leaves, the dangers from it, and how to protect oneself. It shows the destructive forces of a thermonuclear weapon in many ways, including how the MIKE test destroyed the island of Eluglab. A dramatic scene develops at the end as the narrator says, "This is the detonation of a thermonuclear weapon on Enewetok Atoll. This is a man standing on Bikini Atoll, 200 miles away." The light and boiling cloud of colors illuminates the entire sky almost as if the explosion was only a few miles away. 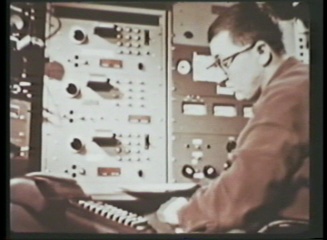 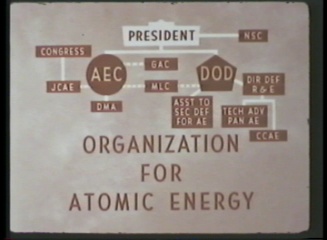 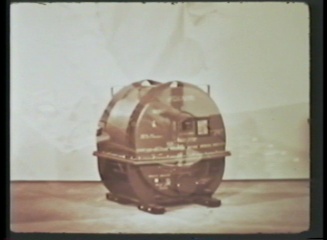 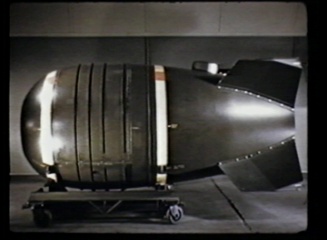 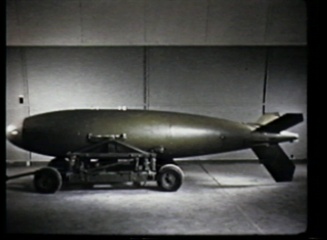 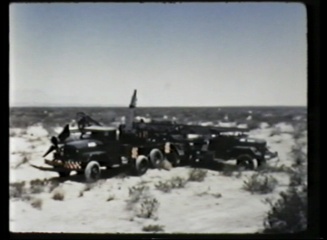