Close up footage of boiling, tumbling, rolling fireballs of great destructive force as the nuclear power from the splitting of nuclei of atoms is unleashed.

Close up footage of boiling, tumbling, rolling fireballs of great
destructive force as the nuclear power from the
splitting of nuclei of atoms is unleashed.

This video shows a compilation of early atomic blasts taken from individual short films of the tests. These formerly classified films have never before been seen by the public. The video shows close up footage of boiling, tumbling, rolling fireballs of great destructive force as the nuclear power from the splitting of nuclei of atoms is unleashed. The blinding fury released by these early atomic devices demonstrates the show of power that was used by the United States to end World War II and establish a power base for the Cold War to follow.

The term "atomic" designated them as fission devices, as opposed to the later much more powerful thermonuclear devices, which used a fission test to start a fusion process. Eventually, the word "atomic" was replaced by the term "nuclear."

By the time Operation Greenhouse was conducted, the Atomic Energy Commission began testing devices of higher yields than those detonated in the TRINITY test or in Operations Crossroads, Sandstone or Ranger. Laboratory scientists were using the data gained from the early operations to build more sophisticated devices that delivered more power.

The three "atomic" tests in four-test Greenhouse Operation (DOG, EASY, and ITEM) had respective yields of 81, 47 and 45.5 kilotons (kt) compared with the 21 kt yield of the earlier devices of the Fat Man (i.e., TRINITY) design. These tests, fired from 300-foot towers on Enewetak Atoll in the Pacific Ocean between April 7 and May 24, 1951, provided weapons design/development data.

The two Jangle Operation tests, SUGAR and UNCLE, provided the first experimental data on the military effects of surface and underground nuclear detonations, including the response of structures to nuclear bursts, the effects of gamma radiation versus time and distance, and the level of residual contamination from surface and underground bursts. The Buster/Jangle Operation was conducted at the Nevada Test Site (NTS) between October 22 and November 29, 1951.

Only one "atomic" test, KING, was fired in Operation Ivy. At 500 kt, it was the largest fission device ever tested. Regrettably, this series of short films did not have a fireball view of the KING detonation, but only footage showing its blast effects. KING was a weapons-related airdrop test of an advanced warhead design made possible by earlier tests and research efforts. The other test in Operation Ivy was MIKE, the first full-fledged thermonuclear device. 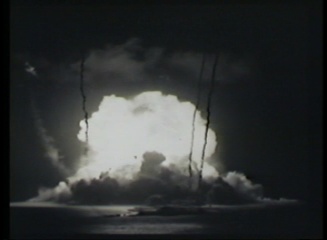 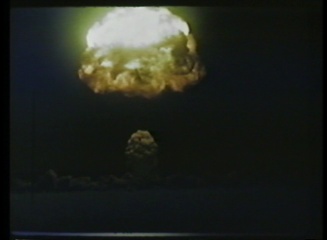 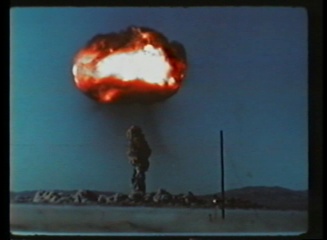 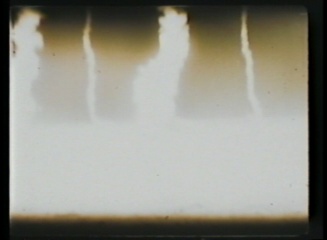 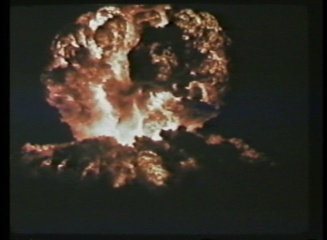 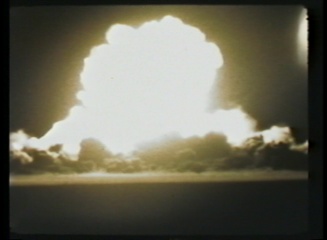