Operation Teapot consisted of 14 nuclear tests detonated from February 18 to May 15, 1955 and involved 11,000 personnel.

Operation Teapot consisted of 14 nuclear tests detonated from
February 18 to May 15, 1955 and involved 11,000 personnel.

The goal of the series was to test nuclear devices for possible inclusion in the nuclear weapons stockpile; improve military tactics, equipment and training; and study civil defense requirements. With Operation Teapot, the Atomic Energy Commission intensified its technical effort for "clean" or reduced fallout weapons and missile warheads. This effort led to significant advances in both reduced fallout and in miniaturization necessary for warhead delivery on missiles.

Approximately 11,000 scientific and military personnel participated in the entire test series. Approximately 7,700 Army personnel and 1,300 Marines participated in the Desert Rock VI exercises that included the WASP, MOTH, TESLA, TURK, BEE, ESS, APPLE-1, MET, and APPLE-2 tests. The troops observed nuclear blasts to familiarize themselves with weapons effects and battlefield tactics. After observing a blast, they would tour a display area of military equipment exposed to the blast. Both officers and enlisted personnel practiced nuclear age battlefield tactics and combat techniques.

In addition to studying the psychological effects of nuclear weapons on ground soldiers, scientists and military leaders wanted to learn the effects of the detonations on different types of military equipment and structures. One test, APPLE-2, involved a specially constructed "Doom Town," complete with houses, automobiles, paved streets, and mannequins. This village allowed scientists to assess the effects of nuclear detonations on civilian populations, products, and food supplies, and to evaluate Civil Defense emergency preparedness plans.

At that time, U.S. leaders and the public were acutely aware of the Cold War between the United States and the Soviet Union, and there was a general fear of an all-out nuclear attack by the Soviets. Hence, a great emphasis was placed on Civil Defense.

The tests comprising the 1955 Operation Teapot were as follows: 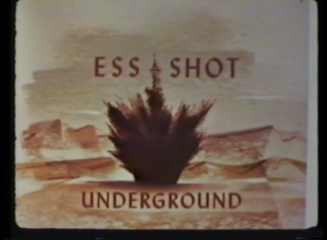 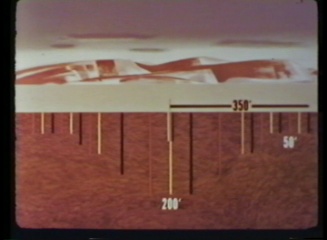 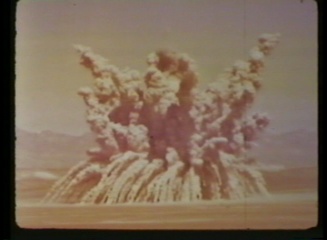 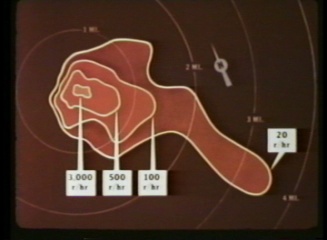 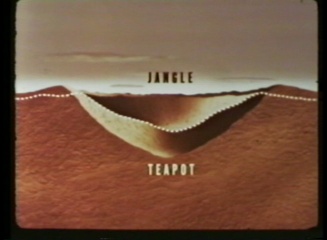 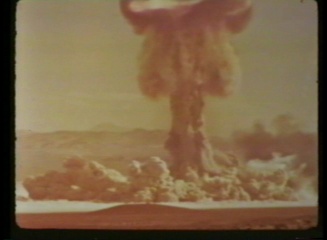