Early films were very short; thus the abbreviated nature of the early vaudeville act, or "turn," made an ideal subject for films. Vaudeville and other types of popular entertainment offered a pool of ready talent for filmmakers who frequently chose to record the less expensive, and, therefore, less famous. It is important to note that very few of the films in this collection present a vaudeville act exactly as it would have been performed on stage.

All the motion pictures were silent and could not include the verbal humor, music, and ambient sounds of the live variety stage. Therefore, filmmakers had to adapt stage performances and feature the most visual elements of them on film. The challenge was to find acts with strong visual components that would work well on films.

This collection of 61 silent variety stage films represents an excellent cross section of entertainment offered to the masses at this time. It has a total run time of 1 hour, 25 minutes. 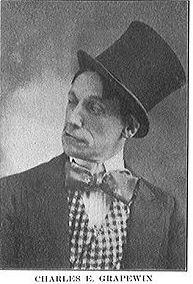