In 1951, the Army, working with the Atomic Energy Commission, carried out the Desert Rock Exercises, an experiment to "dispel much of the fear and uncertainty surrounding atomic radiation and the effects of gamma and x-rays."

In 1951, the Army, working with the Atomic Energy Commission, carried out the Desert Rock Exercises, an experiment to "dispel much of the fear and uncertainty surrounding atomic radiation and the effects of gamma and x-rays."

A tent encampment was set up about 27 miles from where the atomic explosions were detonated on the Nevada Proving Grounds. The encampment housed about 5,000 Army soldiers, civilian observers and technicians. Troops spent hours in classes receiving training in radiation and nuclear weapons effects.

The following is a recorded interview between a sergeant and a training officer prior to a blast:

Q. "How many of your men would volunteer to go up and be in the foxholes?" (one-half mile from ground zero)
A. "I guess about half a dozen."
Q. "It's quite a loud noise when that bomb goes off. . .would it do them any harm?"
A. "No sir, not the noise, no."
Q. "How about the radiation? Do you think there is much danger?"
A. "Radiation is the least of their worries that the men are thinking about."
Q. "I think most thought radiation was the greatest danger, didn't they? Where did they learn differently?"
A. "They were, prior to our instructions here. We received a very thorough briefing."

For the Desert Rock I Exercise, the weapon was fired as an airburst. The majority of the troops were out in the open about seven miles away. The soldiers were told to crouch down and face away from the blast. The bomb flash blanked out the troops from view, and the flash was followed by blast winds and the noise of the explosion. Interviews with soldiers were conducted after the test.

Following the test, the troops were trucked toward the stationary military equipment used for experiments. The experiments were set up one-half mile and also at three miles from the blast. At three miles, the gun emplacements and military vehicles were undamaged, but at on-half mile damage was moderate to heavy.

The run time of this DVD is 27 minutes. 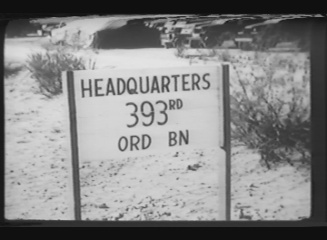 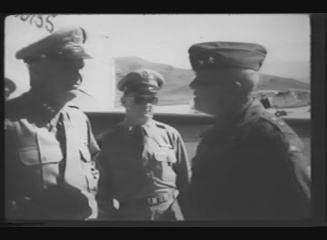 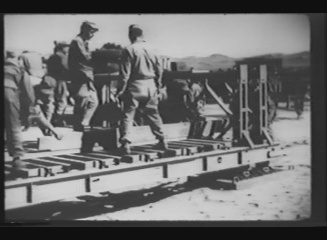 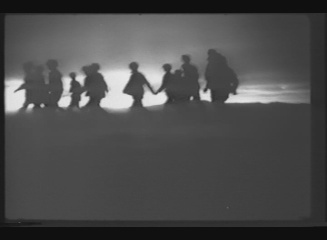 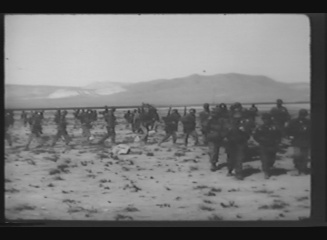